Captain Chaim Shacham, a licensed Master Mariner, with over 45 years of experience in the Maritime /Shipping /Transportation Industry. This experience was gained during twenty (20) years of Merchant Marine sailing, last of which, eight (8) were in command of various types of vessels, followed by twenty five (25) years in various progressing Operations Management positions, ending with his most recent role as the Senior Vice President Operations for a major global Ocean Carrier, a position he held for eleven (11) years, being in charge of all facets of Operations - Ports, Marine, Terminals, Procurement, Project, Break bulk, awkward and Hazardous cargo - in the Western Hemisphere.


Captain Chaim Shacham is now offering his vast experience, knowledge and expertise in the various fields of the Maritime / Shipping / Transportation Industry as a freelance consultant to various pertinent parties in the Industry.


Just to mention a few of the assignments that were recently completed: 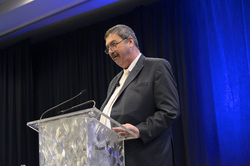 Captain Chaim Shacham at the 2014 Trans Pacific Maritime (TPM) Conference at Long Beach CA, on Tuesday, March 4, 2014, speaking on the panel "Terminal Productivity and its impact on the Supply chains", presenting the issue from the perspective of the Ocean Carrier. 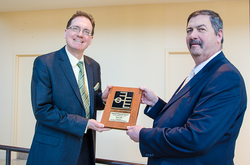 Captain Chaim Shacham receives the 2014 Plimsoll Award for innovation on behalf of Totem Plus Ltd., from the Editors of the Professional Mariner magazine, during the Connecticut Maritime Association 2014 Shipping Conference, at Stamford CT on Tuesday, March 18, 2014. 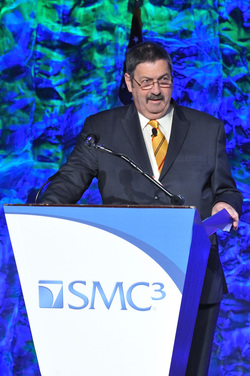